Floor pillows, poufs, and ottomans have all been everywhere. I've had my eye on quite a few, but didn't want to shell out $120 on one. I have a great little reading area in our master bedroom, but needed a foot rest. I found a great tutorial from Decorating the Dorchester Way on how to make the pouf.

My Grandma and I both had poly-fil. I had some leftover bean bag stuffing as well. I think I ended up buying two bags of poly-fil to complete the pouf. It took a ton of stuffing. 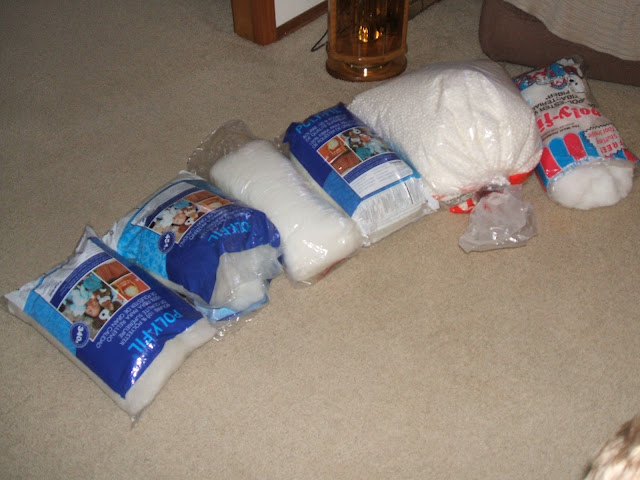 I decided that I had to have a liner so I could take the cover off easily and wash it. The liner was a pain the the butt and didn't end up working the way I had hoped.

It doesn't look like I did much sewing, but I really did. Grandma did the corners and I did all the straight seams. We also put a zipper in the cover. 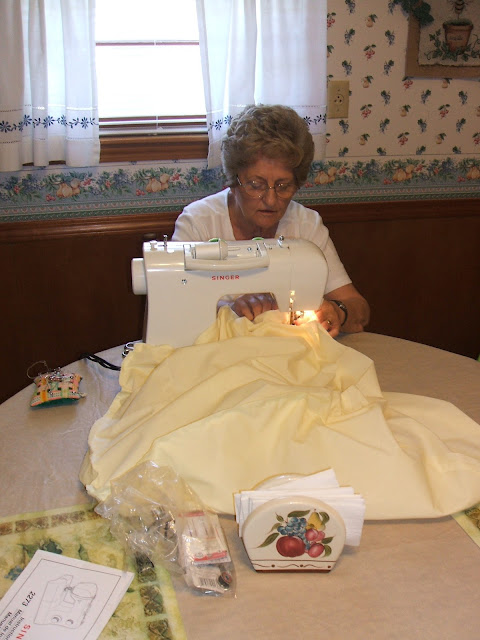 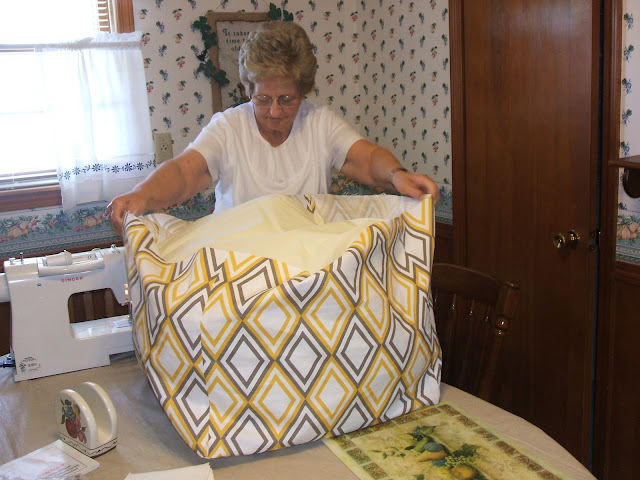 From the above picture, it looks good but looks can be deceiving. Somehow, the cover ended up bigger than the liner. It didn't set right once we got it stuffed.

So, I took it home and this is what happened. 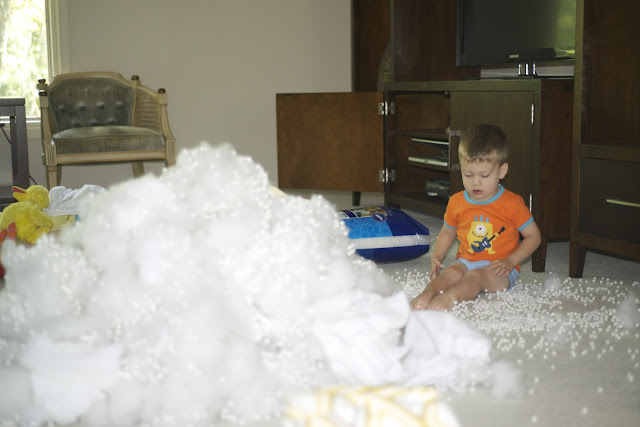 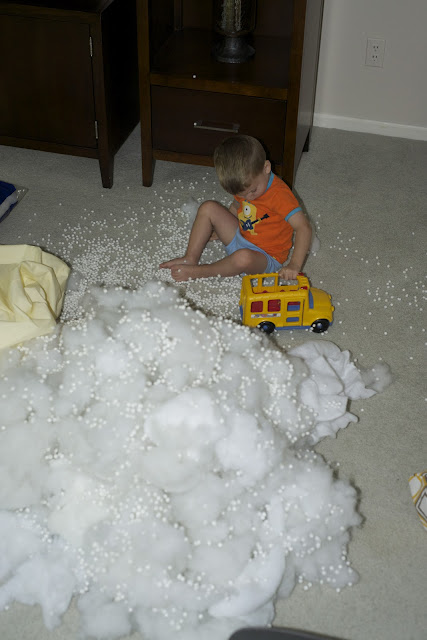 Overall, the project was $23. Huge Savings. I love the end result. 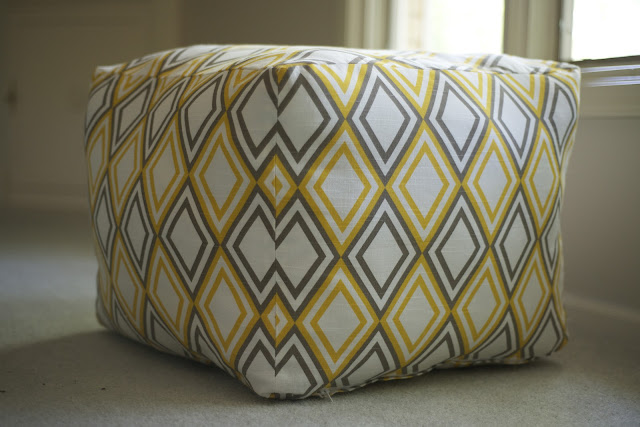 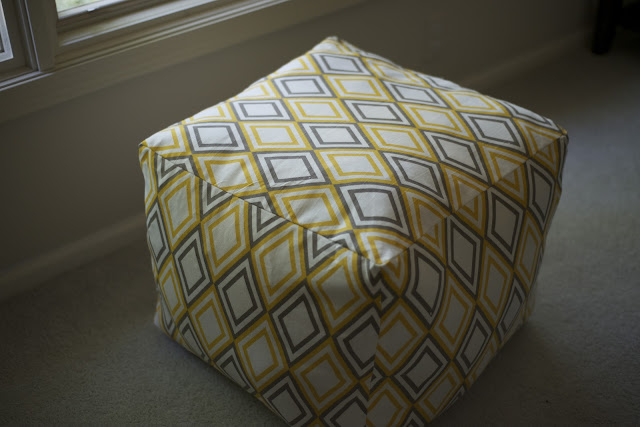 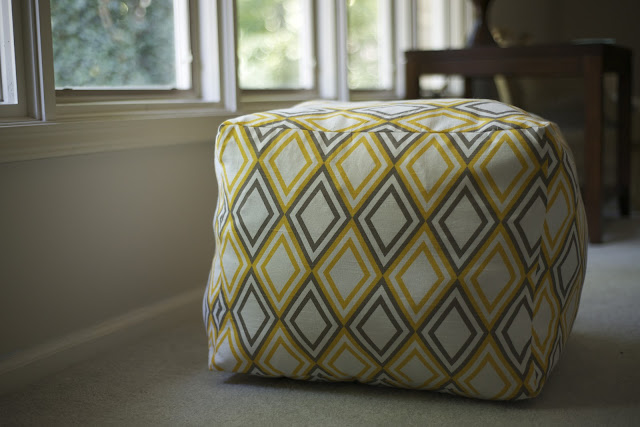 This was after I had vacuumed twice already. Those little bean bag balls are crazy! 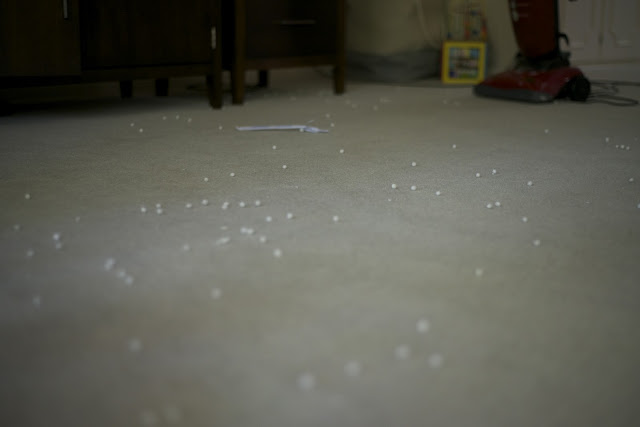